The madness that is Christmas ...


So, it’s only so many weeks until this thing called Christmas which always seems to create such madness every year. 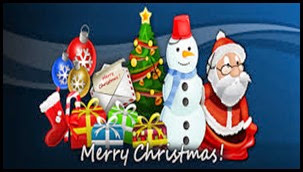 As most of you know, my husband has trouble going out of the house at the best of times just to do some shopping with me. So we try and do shopping at quiet times to reduce the stress to him and myself. I actually hate food shopping anyway and just find it so much more stressful when I have a disabled person with me - I have to be so alert and try to stay calm …… nightmare.

So this year rather than leaving our Christmas food shop until a week before, we have bought things over the last few months. 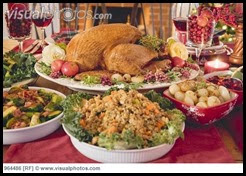 “But that's not so easy to do with meat” I hear you say. Well this year we have ordered our meat from our local butcher. All fresh from local farms and we’ll be picking it up on 23rd. And it’s all better quality and slightly cheaper than the supermarkets!
Most of the vegetables will be frozen. Yes, I know fresh is better, but frozen veg is a lot less hassle …...
Our kitchen is tiny, so there’s normally only enough room for one person (me!). Last year there was two of us prepping the food and 2 others constantly coming in and out and it was a complete nightmare. So that's the other reason to have frozen vegetables – no prep, chuck it in a pan of water!

What about naughty bits? 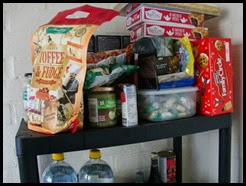 Again, as soon as this stuff was in the shops we bought what we wanted. I have to say though that, despite what the papers keep reporting, the supermarkets seem to get the Christmas things in later and later each year, not earlier. We also had to go to several different supermarkets to get everything. Maybe I should shop online next Christmas? 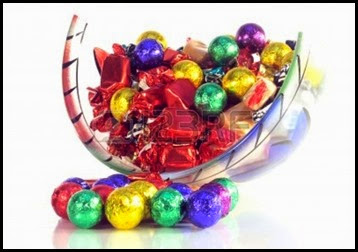 Now for some general advice:

Merry Christmas everyone & remember take care of each other.
carer’s vent & Aka the raspberry

Making of a Mental Health Video

For a long time I have been wanting to do more for spreading awareness of mental health.

I have been retweeting stuff on twitter, but I felt this was not enough. So my idea to do a video came to me one night while wide awake in bed. The original idea was just to have captions to music, but after discussing it with @raspberrytalk we both agreed that actually talking about mental health would be better.
I was going to do the talking on the video, but I then thought it would be more impactful if we had both sides - mine as the carer and @raspberrytalk as the caree.

We neither of us dreamed this would take us on such an emotional journey - some feelings that had been buried come up to the surface while doing the video. But most of all, doing this video reminded us of what a good team we really are.
During the editing process it almost felt like old times when we used edit wedding videos together. Just a pity we don't have a decent camera any more :(

Special thanks to
our Family
Carers Connected
@raspberrytalk