Mental Health is something most of us avoid talking about, especially when it’s the mental health of someone dear to us. In my case it is my husband (@raspberrytalk).
I love my husband very much and he loves me very much as well. But with that said neither of us can control his mental health and sometimes I want to just pack my bags and go. Out of all the problems my husband has, I find the mental health side of things the most difficult to deal with.
Ever since I have known my husband he has always had a aggressive side to him, which over the years I have tried to deal with and I always thought it was my fault. But I found out from talking to my husband that he has always had this side to him. He has even admitted that whenever he and his first wife argued this more aggressive side of him would come out. He even believes that this may be the main reason his first wife left.
The following are extracts of a psychological assessment conducted by Dr Pamela McGeoch, clinical psychologist, 3rd march 2013


“…he continues to exhibit a rage problem with cluster b personality disturbances and exhibited intimidation towards his wife and the interviewer...”

“…the patient was found to be too emotionally unstable, physically unwell due to chronic pain, and too aggressive to conduct a thorough in depth psychological assessment …”

“…he showed some concern for the effects of his physical condition and his aggression on his wife and some awareness of his inability to contain this. He reported that ‘when ROB comes out, my wife ends up lying screaming on the floor. I have no control over it, I can’t stop it from happening, I can’t even apologize.’…”
“…The patient and his wife together reported that he has not physically assaulted her at any time. However the interviewer was concerned for her physical safety, particularly if she tried to leave the patient and for the current emotional intimidation and likely verbal abuse she is experiencing…”
“…The patient was found not to be suitable for psychotherapy due to the level of his instability and violence. Identifying appropriate treatment resources including anger management in a suitable facility for the level of expressed violence is recommended as there is significant current risk of violence…”
“…anything further that can be done to relieve the patients physical condition such as referrals to spin or nerve damage specialist is recommended…”

As you can see they talk more about aggression and they even give it a name. In some respects it was somewhat a relief that how he was getting was a mental health problem and something he has no control over. It also confirmed to me that it was not anything I was doing or making him do. Also because he had been diagnosed with a mental health condition, we both thought this would mean that he would get some real help and also that I would be given some help and assistance in knowing how to handle his mental health. Strangely enough this assessment was carried out a year ago yesterday and nothing has happened! No help for me or my husband with managing his mental health.
The doctors at our new GP’s are aware of my husband’s mental health problems, yet they have not offered any help or even made any referrals for us to get the help we both need. My husband recently asked our GP if there was any news about the referral to the specialist neuro-psychiatrist that Dr Broeker, Consultant Psychiatrist, had recommended back in May last year. Our GP told him that he knew nothing about it (not true, we’d seen the letter at a previous appointment) and that it was my husband’s responsibility to chase up the psychiatrist. We had to write to the psychiatrist to ask him to write to our GP to request a referral again. Surely not something patients with mental health problems should be being made to do!?
As you will see from his care plan/report, the psychiatrist was also concerned about my health and how I was managing with being the prime carer for my husband.


“The patients wife has increasing difficulty to cope with the demands on her and the patient feels that he is a burden to his wife.”

“his wife is very supportive and his wife will be offered a carers assessment as she appears to struggle increasingly with looking after the patient.”

Well I have had 2 carers assessments since last May and nothing has changed. At my first assessment I was given out of date leaflets and at the second one I was told to try and have some time to myself ….. REALLY!? They have not got a clue …….
With that said, I did get the details of Action For Family Carers who have helped me and my husband as much as they can. They even got me referred to CBT which has surprisingly helped me.
But we still have not be offered any real help with my husband’s mental health, or for me with help dealing with his out bursts, etc. At both carers assessments I was asked if I felt I was in immediate danger. I always say no to this question because, yes my husband can have outbursts of violence but, he has never physically tried to harm me. But his mental health problems are effecting my own mental health wellbeing, which is something that needs to be changed because I have got to a point where I have given up!
I really don’t have the strength any more to deal with his outbursts, which I know sounds harsh but, I am mentally exhausted and really don’t know what I should do ….

So Why Stay?
Whenever I ask myself this question the answer is simple; my husband is one of the most caring people I know. I fell in love with this guy who was and still is the most sweet natured person you could meet. I love him warts and all as they say.
Also the way I look at mental health problems is that they are just like any other health issue - it is just something which has happened to that person.
Like I have already said my husband is a caring, loving person and is amazing because, despite what he’s going through, he is always only worried about how all this is effecting me and what he can do to make things easier for me. I think this is one of the reasons he wants me to publish this blog entry; after all he always encouraged me to start this blog as a place for me to “vent out”. 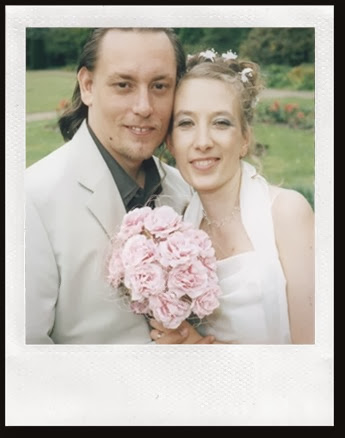 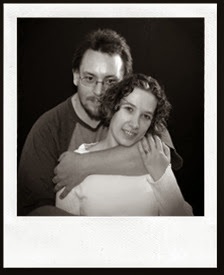 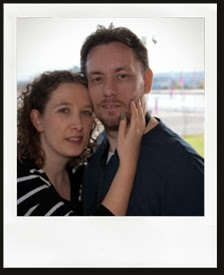 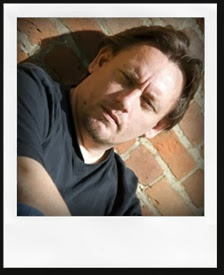