update 03/08/15 My response to Warner and reading there letter.

Just received a response from Warner Leisure Hotels basically saying thanks for the feedback and that they feel are expectations are too high.......also they have blamed me for inappropriate conversation on twitter and facebook.....WTF they also feel we should use another holiday company......I'm disgusted with this response considering in my letter there was pictures of a damp room and dirty room........not good for a company that have fancy adverts..........I very rarely complain and when I do I get such a bad response..........not sure whether to write back or not..........either way warning to you all don't complain to much with warner they don't like it.........


***UPDATE 25/07/15*** - In response to this blog and comments on twitter, Warner have responded by simply blocking @carersvent from both their Facebook and Twitter pages. Well done Warner. A great way to treat customers when YOU always say you welcome ALL feedback, both good and bad.

Those of you that are regular readers of the blog will know that @carersvent and I have had a few issues with Warner Hotels over the last few years. Water running down walls, dodgy fixtures and fittings, stained carpets …. even the joys of a half bath!
So, after our last visit we were offered a free holiday by the General Manager at Corton. Yep, FREE! 4 nights including food. They were going to have a £1.5m refit in 2015 which included new lodges with sea views and new beach garden lodge suites.
Initially we were told we’d get one of the cliff top lodges with a sea view because they wanted to WOW us and show us what they could REALLY do.
But there was a delay in getting sent the confirmation of the offer, so I can only assume that by the time we booked only the beach garden suites were left.
But hey! Free holiday, so no complaints, but no Wow yet.

So we went down last week for our wedding anniversary and first thing we noticed on arrival was the disabled bays right next to reception. Great you say? Yep …. but these bays were once normal single bays. They have been painted yellow and had a wheelchair added …. but hey, wait a minute, these bays are actually narrower than a normal standard bay. In order to get numbers up they have squeezed the lines closer together! When we came out of reception after getting our keys I could barely get the car door wide enough to squeeze in. NOT a WOW by any stretch (and I’m sure there are planning regs about the required size of disabled parking bays …. ).
So … we got our keys and went over to the beach garden and it was really nice! Our first little wow. 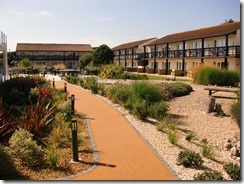 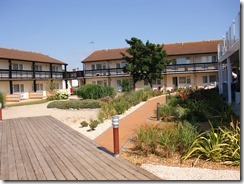 It was nice and quiet and had a seating area in the middle for just chilling out. All of the apartments faced into the garden and all had their own seating areas ……. well, all except nos. 1 and 2. Due to the poor layout design, apartments 1 and 2 were set back to allow a stair case to the 1st floor apartments. I’m sure with a little more thought and some jigging around this could have been avoided. But that might just be the layout designer in me (I did it for 13 years!), besides which there was probably costs and other issues involved.
In any case, apartments 1 and 2 didn’t have seating out front facing the lovely gardens. And even if they did, the view from no 2 would be blocked by the side of the adjacent apartment. ……… So guess where we were? Yep, No. 2!
Definitely NOT a WOW!

Well in we went … the apartment was actually very nice. Prefab, but still nice. Well decorated, TV in both the sleeping area and seating area, Tea & Coffee, mini fridge, safe. Everything you would expect from a normal room/suite. Of course I would expect this as the basic level of fit out in all of the rooms, not just the “premium” suites/lodges. Maybe I’m just spoilt.
Anyway, next on the agenda. Our “private patio”. Ah ha! This will make up for the loss of view out front. I was looking forward to this. BIG wow coming I expect …….

We stepped out of the lovely bi-folding patio doors on to a nice deck. But was it private? Errmmmm ….. no. It was built in the car park!
Now I don’t mean it faced the car park. I mean it was IN the car park. The same idiot designer that had stepped the building had removed some parking bays and designed a deck area that extended out INTO the car park. And no, not even a fence to make it “private”. 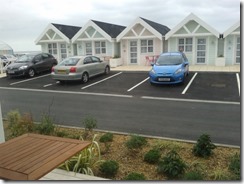 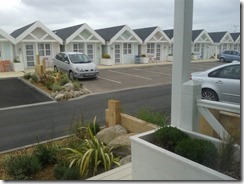 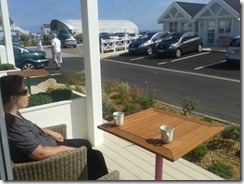 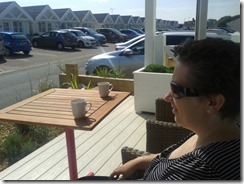 And to make matters worse they couldn’t even be bothered to make it accessible from the car park. We parked right next to our deck and had to walk out of the car park and all the way around to the other side of the building in order to get in. The very least they could do was add some steps from the car park up onto the deck!
What’s the opposite of wow!? I don’t know, how about Duh!? WTF? Are you sh****g me!!? Yeah, one of them I suppose.
So we went back inside determined to make the most of it. Sam checked the bed – 2 singles zipped together. Pretty standard stuff. We had phoned in advance and asked for a mattress topper because the zip always sticks in me. Nothing there (non-wow).
So we went to see the manager. After speaking to 3 different people on reception we finally got told that no managers were available … but then the Head of Sales came out. She nodded and ummed and erred and said thanks for the feedback about the deck.
Sam then mentioned about the mattress topper…. No record of our request (non-wow)… and they don’t actually do mattress toppers for the doubles (non-wow). But we could have an extra duvet put under the sheet….. Hmm ok, but hardly a wow.
Then Sam mentioned that it would have been nice if someone had offered us some help with our bags when we arrived. At which point the lady perked up a bit and asked who had checked us in? We spent a few minutes describing 6 or 7 possibilities from all the staff wandering about, but couldn’t agree on who it was.
Well apparently there is a porter service and it should have been offered when we checked in. Another non-wow, but we’ve been to other Warners and have NEVER been offered a porter service! …. all together now “non-wow”!

Well we weren’t offered a different room or anything like that, but she did give us some vouchers for lunch. Of course these couldn’t be used for everything (i.e. the stuff you might actually want, like a bacon and brie panini or any drink). No these could only be used for specific items on a special, very limited, menu. A tuna sandwich, a slice of victoria sponge. Nice, but not what we wanted for lunch. … oh and I think a baked potato was on there too.
We’d also requested a couples table in the same phone call as the mattress topper, but yep, you’ve guessed it, no record of that either (non-wow). However the young chap giving out table numbers in the restaurant was very accommodating and made sure we got a good table.

Overall we had a relaxing and enjoyable time, but I can’t really say we were wowed:-
The room was nice, but that patio bugged the hell out of me. We never used it and instead took our coffees over to the chairs in the middle of the garden. Nice, but a lot of walking back and forth for this disabled guy. When every step you take is painful, having to walk 100m just to use the toilet is like running a marathon (not to mention how bloody annoying it is to have to keep going back and forth whenever you want to “quickly” grab something).
The service in the restaurant was great as always. Our waitress even went and hunted down some grated parmesan for my meatballs and pasta, even though it wasn’t on the menu!
However the food was … erm … nice. OK. Don’t get me wrong, by no means was it bad. No, it was lovely. … But it wasn’t stunning. We’ve stayed at several of the other Warner hotels and the food has always been top notch. It’s one of the things we enjoy about Warner. But this was … nice. It just seems to have lost it’s edge since last year.
Swimming pool is still lovely (although the steps are far too step), sauna was just what we needed too. Unfortunately the steam room was out of order. Oh well, we can’t have everything.
All in all an enjoyable time …. but I was certainly not Wowed by any stretch and to be honest I don’t know if I’d go back. 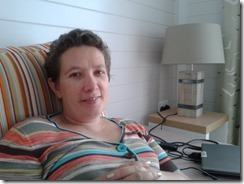 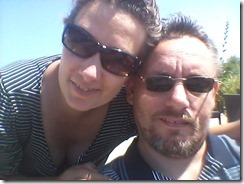 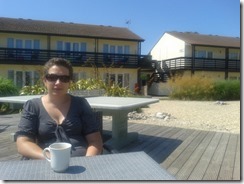 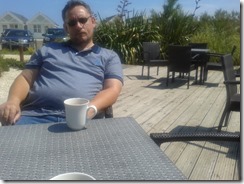 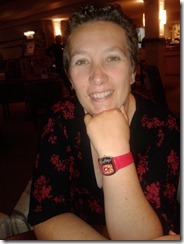 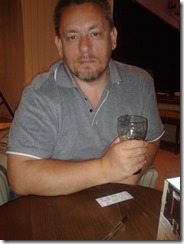 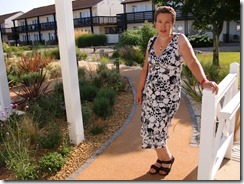 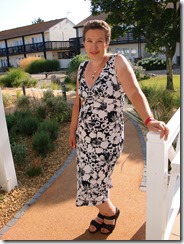 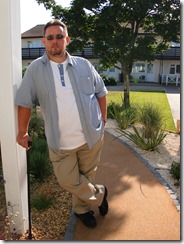 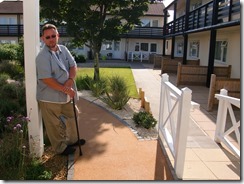 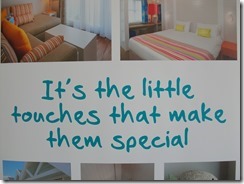